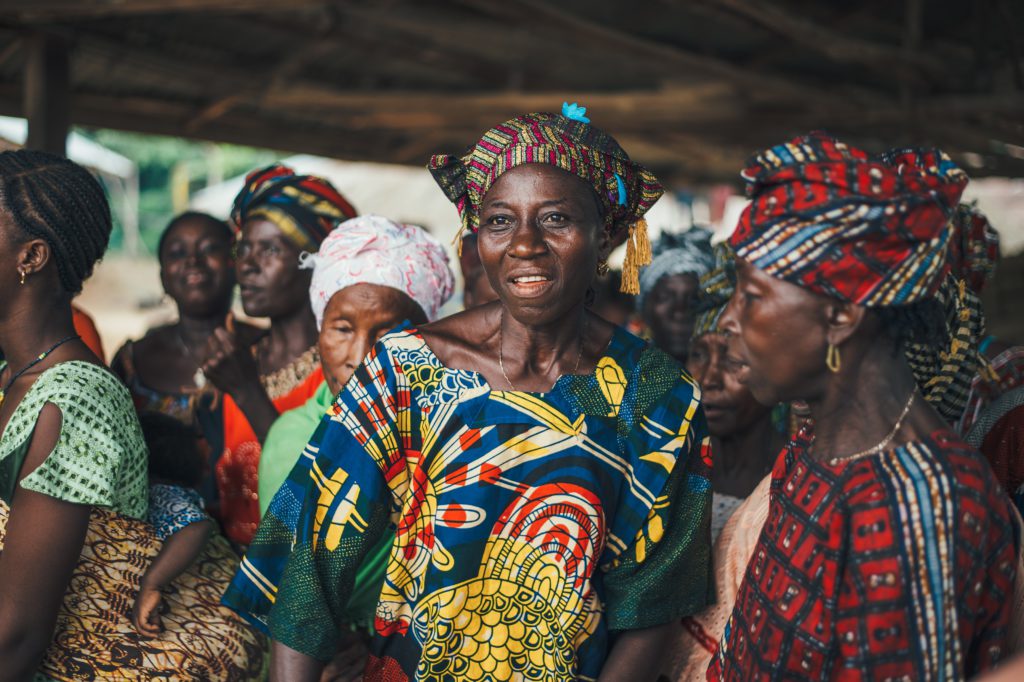 African Women Making a Difference on Peace and Security

(Mary Robinson blogs on her recent visit to Addis Ababa, Ethiopia)– African women are on the move in an extraordinary way, and are determined to make their voices heard and their influence count – particularly on issues of peace and security.
I witnessed this first hand at two recent meetings in Addis Ababa, Ethiopia, home of the African Union (AU) Secretariat and the UN Economic Commission for Africa (UNECA). The first was the 15th pre-summit meeting on gender mainstreaming in the AU, organised by the Gender is My Agenda Campaign (GIMAC), and supported by Femmes Africa Solidarité (FAS) and the Economic Commission for Africa (ECA).

I was invited to speak at the formal opening chaired by Bineta Diop, Executive Director of FAS. Speeches were read from HE Abdoulie Janneh, Executive Secretary of ECA, (whom I had met earlier that morning) by his Deputy, my good friend Lalla ben Barka, and from HE Jean Ping, Chairperson of the Commission of the African Union who was on mission to Madagascar. Strong statements were made by Thelma Awori on behalf of ISIS, Litha Musyimi-Ogana, Director of Women, Gender and Development of the African Union, and Monique Rakotomalada, Director of the Gender Unit of ECA.

Speakers stressed the importance of holding African governments to account for implementing the Solemn Declaration on Gender Equality in Africa adopted in 2004, and other relevant instruments. Participants welcomed the African Union’s decision to launch a ‘Decade for African Women’, to run from 2010 to 2020, and I had no doubt that members of GIMAC would insist it make a difference!

Later I co-chaired a session on UN Security Council Resolution 1325 on Women, Peace and Security. The meeting was intended to gather ideas for a High-Level Steering Committee of the heads of all relevant United Nations agencies formed in the lead up to the 10th anniversary of this landmark resolution in October of this year. What is needed is a coherent and coordinated approach by the UN system to implementing UNSCR 1325 on women, peace and security. The Steering Committee is being spearheaded by UN Deputy Secretary-General Dr. Asha-Rose Migiro.

To help ensure the Committee benefits fully from the wisdom and experience of women leaders at grass roots and national level, a Civil Society Advisory Panel is being established to advise the Deputy SG, the Committee and, ultimately, the Secretary-General on this agenda. I have agreed to co-chair this Panel with Bineta Diop.

The Civil Society Advisory Panel’s principal role will be to help translate policies and resolutions adopted by UN agencies and entities into on-the-ground actions to protect women in the context of armed conflict, and empower their full participation in peace processes, post-conflict governance and reconstruction. Staff support for the panel will be provided by the Women Leaders Intercultural Forum of Realizing Rights and the Institute for Inclusive Security.

The panel will include prominent civil society leaders from around the world with proven commitment to, and knowledge of, issues related to women, peace and security. The panel will present its recommendations in October 2010, which marks the 10th anniversary of the adoption of UNSC Resolution 1325. Stay tuned for more information on this important initiative in the coming weeks.

While in Addis I was also invited to participate in the opening ceremony of the 3rd AU pre-Summit on Gender at the African Union headquarters. This meeting included the participation of leading civil society organisations, among whom were Solidarity for African Women’s Rights (SOAWR), a coalition of organisations seeking ratification of the AU Protocol on the Rights of Women. Others participating included Oxfam and the Nobel Women’s Initiative, as well as representatives from UNIFEM and the Gender Directorate of the African Union.

The Director of Women, Gender and Development, Litha Musyimi-Ogana has clearly made considerable progress in integrating gender issues into peace and security activities at the AU, which was confirmed by a statement of Dr Kambudzi of the AUC Peace and Security Department who encouraged the women’s groups present to avail of a new procedure for linking with the Peace and Security Council (PSC) of the AU, known as the Livingstone Formula.

I expressed interest in learning more about this procedure, and at a meeting with Deputy Chairperson Erastus Mwencha, I was presented formally with the document arising from a retreat of the PSC in Livingstone Zambia in December 2008 entitled ‘Conclusions on a mechanism for interaction between the Peace and Security Council and civil society organisations in the promotion of peace, security and stability in Africa’. My understanding is that this procedure—which is similar to the Arria formula hearing before the UN Security Council—has not yet been availed of. It could provide an opportunity to women’s groups to highlight situations of gender based violence, and seek to have African governments held accountable before the PSC. These are the kinds of issues I hope the Civil Society Panel on Resolution 1325 will take up and include as part of our recommendations to the UN system and other key actors.

There were lighter moments as well. A shadow report by the Gender is My Agenda Campaign entitled ‘Evaluation of the Implementation of the Solemn Declaration on Gender Equality in Africa’ was launched which covered the first 18 countries to have reported as required by the Solemn Declaration. This important report was compiled by Roselyn Musa, a young woman leader involved in the Campaign. She handed it over to ‘Auntie’ Thelma Awori, which caused a laugh. So when ‘Auntie’ Thelma formally presented it to me, I accepted as ‘Granny’ Mary, and insisted that the hand-over be accompanied by a song! Needless to say the African women present responded beautifully.