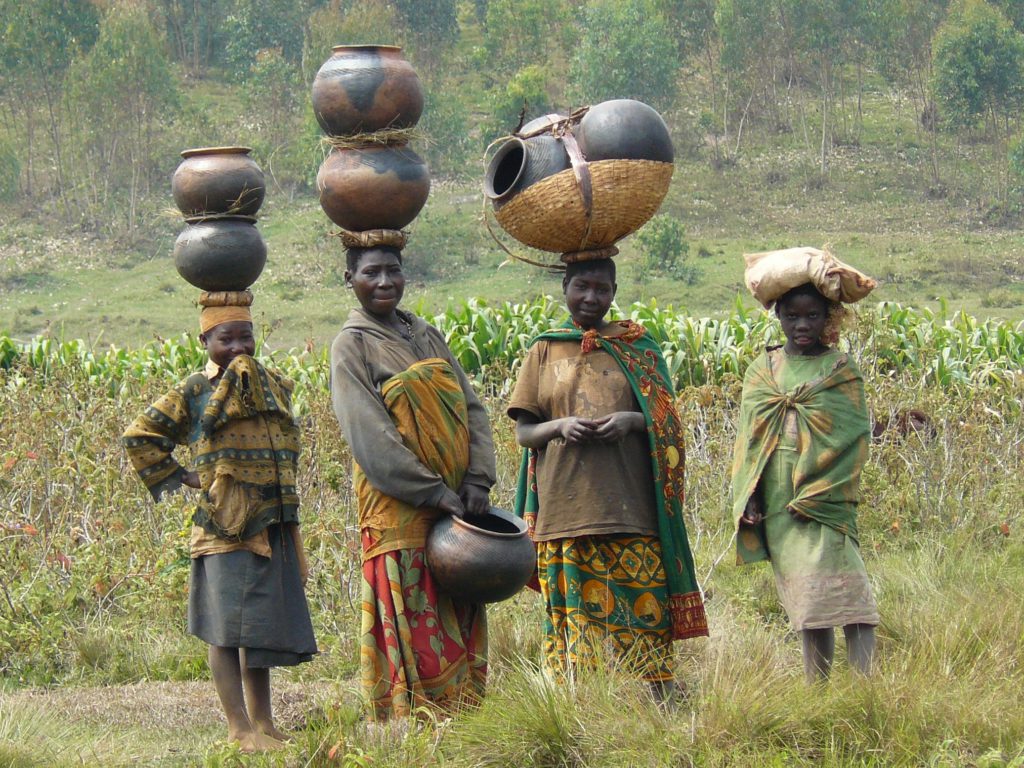 African Women’s Organizing For The Ratification And Implementation

The Maputo Protocol is a ground-breaking women’s rights legal instrument that expands and reinforces the rights provided in other human rights instruments. The Protocol provides a broad range of economic and social welfare rights for women. Importantly it was produced by Africans and pays attention to the concerns of African women.
AWID interviewed Faiza Jama Mohamed, Director of Equality Now about the Solidarity for African Women’s Rights (SOAWR) campaign for the ratification and implementation of the Protocol to the African Charter on Human and People’s Rights on the Rights of Women also known as the Maputo Protocol or the African Women’s Protocol (hereafter referred to as the Protocol).

AWID: Can you please recount how the Maputo Protocol was developed and how women’s groups mobilized to get it adopted?

Faiza Jama Mohamed (FJM): Following the Vienna World Conference on Human Rights in 1993, a resolution was passed by the Organization of African Unity (OAU){{2}} mandating the African Commission on Human and Peoples’ Rights to draft an additional Protocol to the African Charter on Human and Peoples’ Rights (the African Charter) that would elaborate the human rights of African women{{3}}. Drafting the Protocol became the main task of the Special Rapporteur on the Rights of Women in Africa who enlisted support from various African women’s organizations{{4}}.
In 2002, FEMNET{{5}} raised concern that the tabled Protocol was weak and that experts had adopted it with the exception of only three provisions they agreed to revisit after country consultations. In addition, the AU was having difficulty getting a quorum to convene the second meeting of experts to conclude the Protocol. After consultations with FEMNET, WiLDAF{{6}} and the African Centre for Democracy and Human Rights Studies (ACDHRS), Equality Now took the initiative to convene a two-day consultation meeting of women’s organizations in January 2003 in Addis Ababa.
Following that meeting, we generated a mark-up of the draft Protocol showing areas of weaknesses that needed to be improved, also providing stronger language for provisions that the participants found to be of lower standard than CEDAW{{7}}. This was shared with member states who were urged to convene a stakeholders meeting to discuss the proposed changes and endorse them. Gender ministers adopted the Protocol with most of the recommended changes. The AU presented it to the Executive Council for endorsement and submission to the Heads of State for adoption on July 11, 2003 in Maputo.

AWID: SOAWR was established to achieve universal ratification of the Protocol and ensure its implementation. What have your achievements been and what challenges are you facing?

FJM: SOAWR, a coalition of 39 members, has focused on three goals: ratification, popularization and advocating for domestication and implementation of the Protocol. The Protocol made history by entering into force in the shortest time in the OAU/AU history. To date we have secured 31 ratifications (58.5% of AU member states); and we have, through multiple channels, made the Protocol widely known in the continent.
SOAWR members have convened educational forums, debates, generated materials including an award winning radio drama “Crossroads” that was translated into several local languages and released through community and national radios. Additionally, strong coalitions spearheaded by SOAWR members have emerged at country level, which is very important, as we need a strong and united force pushing for change in country.
More recently SOAWR has reached out to the African youth and offered them a platform to share their views on what the Protocol means to them. It is important to have the youth involved in the campaign and we have been exploring ways to sustain their interest and influence their active participation.{{8}}
A key challenge is influential religious and traditional leaders who use religion and culture to compromise the human rights of women. For example, Liberia and Mali are obliged under Article 5 of the Protocol to enact laws that criminalize FGM but due to pressure by religious and traditional leaders they have, to-date, failed to honour this obligation. Article 14 on reproductive health rights is another sensitive issue with religious leaders and has resulted in Kenya and Uganda entering reservations against some sub-articles of this Article while some other countries have delayed ratification. Other countries have issue with 18 years being the minimum age of marriage even though all countries have ratified the UN Convention on the Rights of the Child.

AWID: How has the Protocol been domesticated in countries that have ratified it?

FJM: The Protocol requires state parties to review their domestic laws and ensure that they are aligned with its provisions. To the best of my knowledge only Rwanda has completed such a review. We are seeing improvements in some areas and in some countries: maternal health, criminalizing sexual offences, ending discrimination against women and increased numbers of women in decision-making positions. Gambia has passed a women’s Bill as a way of domesticating the Protocol, but failed to embrace it in its entirety; the bill does not address FGM for example, which is a widespread violation in Gambia. A similar bill is in the Nigerian Parliament for potential adoption while other countries have passed laws on specific issues including gender parity (Senegal), domestic violence (Mozambique and Uganda), FGM (Guinea Bissau and Uganda).
But while these efforts are commendable, we are far from realizing the full potential of the Protocol in safeguarding the human rights of African women. We have to continue encouraging member states to redouble their efforts, especially during the African Women’s Decade (2010 – 2020) when they are expected to make good on their commitments.

AWID: Equality Now together with SOAWR, recently published a guide to using the Protocol, what was the purpose of this?

FJM: The “Guide to Using the Protocol on the Rights of Women in Africa for Legal Action” was developed as a tool for lawyers, women rights defenders and public prosecutors. This corresponds with our objectives to domesticate and implement the Protocol. We looked at it from two angles: (1) encouraging member states to take practical steps to domesticate and implement{{9}} the Protocol and (2) encouraging lawyers and women rights defenders to use the Protocol as a tool to defend women and girls whose human rights have been violated.
The tool offers step-by-step guidance for using the Protocol at local, national and regional levels. It explains what constitutes a violation in the context of the Protocol and how to bring these violations before domestic courts and regional mechanisms like the African Court on Human and Peoples’ Rights. It provides case law that lawyers can reference on key cases related to women’s rights, ruled on by various Human Rights Treaties monitoring bodies including the African Commission.

AWID: How are member States being held accountable for the commitments they have made to women’s human rights in the Protocol?

FJM: Member states are required to report periodically to the African Commission on Human and Peoples’ Rights about progress they are making and the AU Commission annually monitors and reports on progress countries are making in honoring their commitments under the Solemn Declaration on Gender Equality in Africa.
We use these opportunities to add our voices to calling countries to account for their obligations under the Protocol. We support the Commission in developing reporting guidelines on the Protocol and train member states on its application. We also partner with UN Women and the AU Commission to steer countries towards developing tools and action plans to domesticate and implement the Protocol.

AWID: What needs to be done to ensure that the Protocol is implemented effectively so that women in Africa are able to fully realize their rights?

FJM: We are encouraging countries to adopt a multi-sectoral framework that the UN Women developed based on experiences of other multi-sectoral interventions that countries have implemented. This is meant to fast track implementation of human rights instruments especially the Maputo Protocol and CEDAW.
SOAWR and UN Women in partnership with the AU Commission jointly convened two conferences where the framework was introduced to 28 of the 31 countries that have ratified the Protocol. We have mobilized additional support for countries that are willing to pilot the framework. Our plan is to support six countries and document their experiences so that we can learn from their interventions. We are hopeful that the results will prompt other countries to try it out. Countries are also looking for ideas and encouragement as they have committed to implementing their obligations during the African Women’s Decade (2010-2020) so this serves as a great opportunity to amplify our advocacy efforts.

{{1}} The countries who have not signed the Maputo protocol are: Botswana, Egypt, Eritrea, Tunisia

{{2}} The Organization of African Unity (OAU) was established on 25 May 1963. It was disbanded on 9 July 2002 by its last chairperson, South African President Thabo Mbeki, and was replaced by the African Union (AU).

{{3}} Following lobby by the African women’s movement it was noted with concern that the African Charter did not adequately and explicitly address the human rights of women.

{{8}} Various publications on the campaign are available at the SOAWR website and can enlighten interested readers on various aspects of the campaign and issues of concern to African women.

We Are the Generation That Can End Child Marriage

Source: AfricanFeminism, written by Namuddu Ann Lindah Mubeezi For the last 16 years, the legal protection and advocacy for the sexual and reproductive health rights (SRHR) of African women and

Africa Has the Right Tool to Protect Women’s Rights. It Needs to Use It

Source: African Arguments, analysis by Stephanie Musho.  18 years after African leaders adopted the Maputo Protocol, a progressive initiative by and for Africans, it is still yet to be fully