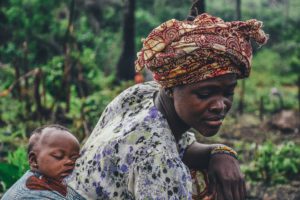 Advocacy for the Ratification and Implementation of the AU Protocol

SYNOPSIS On the 11th of July 2003, The African Union (AU) Protocol to the African Charter on Human and Peoples’ Rights on the Rights of Women in Africa was adopted. It is also known as the ‘Maputo Protocol’ alluding to the city where it was adopted, or the African Women’s Protocol (hereafter referred to as the Protocol). The Protocol addresses comprehensively, for the first time, women’s human rights in Africa and state obligations to uphold, protect and promote them. The Protocol enumerates a broad range of women’s rights, including the elimination of discrimination against women, the right to dignity, the

The Solidarity for African Women’s Rights Coalition (SOAWR), an initiative of 43 organizations working across 23 countries in Africa, strongly condemns the act of violence committed by Nairobi Governor Evans Kidero against Nairobi’s Women Parliamentary Representative, the Honourable Rachel Shebesh. A video of the incident that took place on Friday 6th September 2013 has received wide media coverage in Kenya and clearly shows Governor Kidero slapping the Honourable Shebesh at City Hall-Nairobi. Subsequent statements from Governor Kidero and his office indicate that he did not recall the altercation and further claimed that his action was warranted by indecent assault by

Cameroon has become the 36th African Union (AU) Member State to ratify the Protocol on the Rights of Women in Africa following its deposit of its ratification instrument on 28 December 2012. The Solidarity for African Women’s Rights (SOAWR) Coalition congratulates Cameroon on taking this important step, which demonstrates its commitment to women’s rights and gender equality. The ratification process has been a long journey. Cameroon signed the Protocol on 25 July 2006 and, on 28 May 2009, President Paul Biya issued Decree Number 2009/143 on the Ratification of the Protocol. Unfortunately, this decree met with opposition from religious communities